Quite clearly the Australian jobs market remains robust, albeit the pace of jobs growth has slowed from that seen through last year and into early this year. 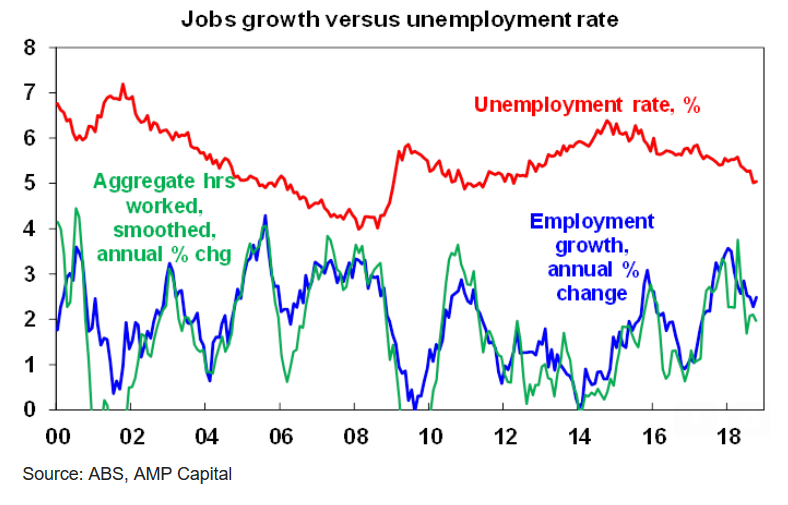 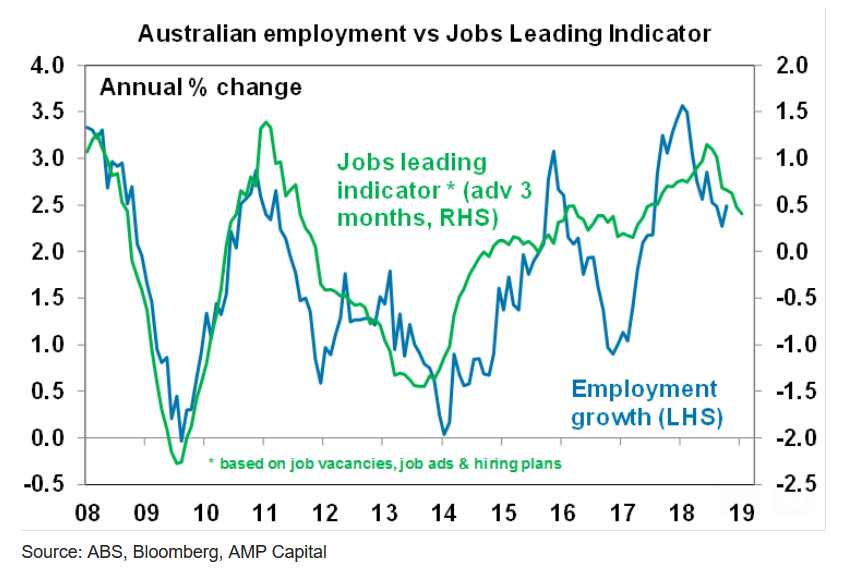 Despite the fall in headline unemployment in Australia this year to 5%, underemployment remains very high at 8.3%, giving a total labour market underutilisation rate of a still very high 13.3%. This contrast to the US where unemployment is at a near 50 year low of 3.7% and “underemployment” is also very low at 3.7% giving total labour market underutilisation of just 7.4% which is nearly as low as it ever gets. As a result a significant acceleration in wages growth looks likely to remains some way off in Australia. 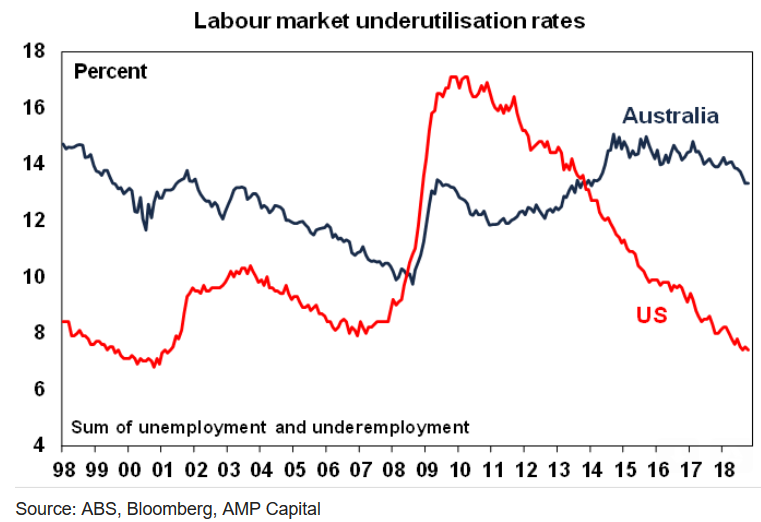 Continued solid growth in jobs and total hours worked will benefit consumers through higher aggregate household income, as well as boosting consumer sentiment. However, the still large amount of labour market slack means wage inflation pressures will remain weak. Meanwhile, the Australian consumer continues to face headwinds due to the ongoing housing market correction and a savings rate that is already extremely low.

As result we remain of the view that the RBA won’t start raising interest rates until 2020 at the earliest and given the housing related downturn there is a significant chance that the next move could turn out to be a rate cut – although this would be unlikely before second half next year as it will take a while to change the RBA’s relatively upbeat thinking on the economy and rates.