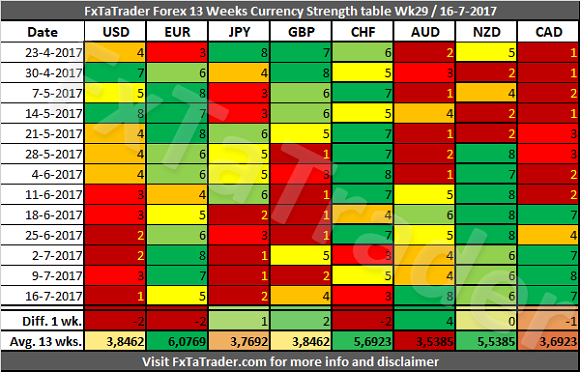 This week we take a look at the Neutral currencies. As can be seen in the chart the JPY and the USD are showing a lot of weakness. These currencies started to show weakness in June and are not recovering. The GBP however, seems to make a recovery in the last weeks. Below you can see the Weekly Currency Score Chart with the 6 months’ data as a reference. 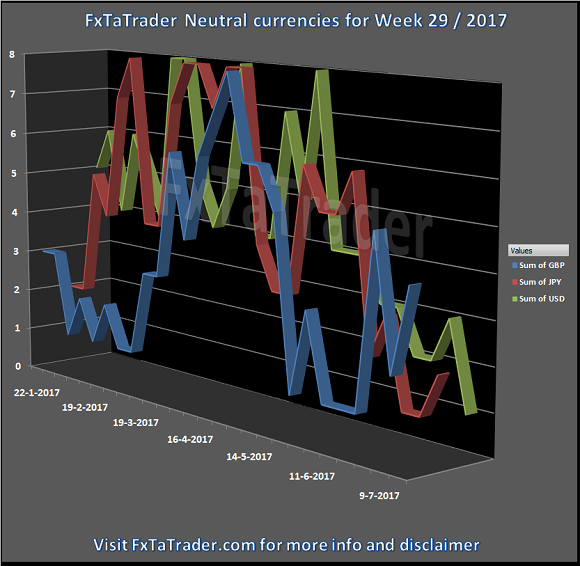 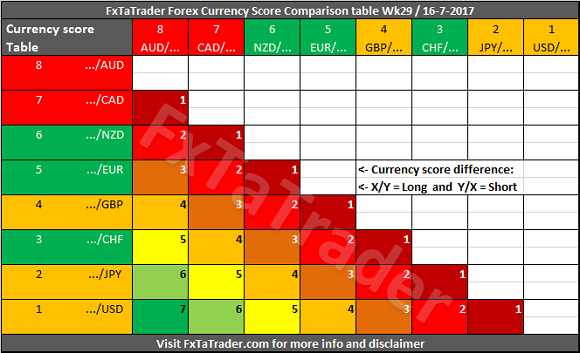 For going short the same analysis can be done and the following currencies seem to fit best:
USD and JPY.
These are Weak or Neutral currencies from a longer term perspective.

Currencies with a high deviation seem less interesting to trade because they are less predictable. A good example now is/are e.g. the:
AUD, CAD and CHF.